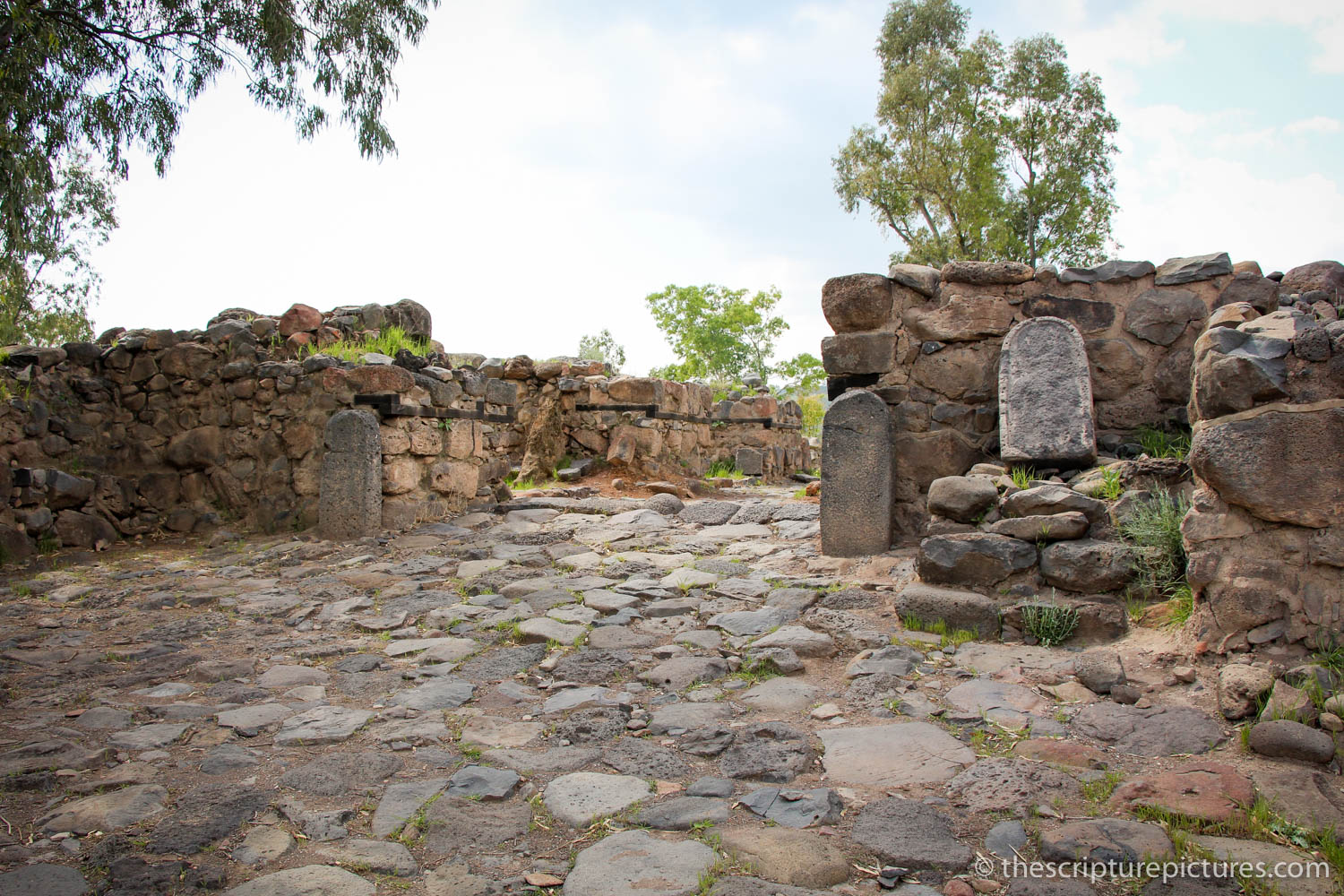 This is the entrance to the Iron Age city of Zer in the Kingdom of Geshur. It was the birthplace of King David’s third wife, Maacha, mother of his son, Absalom. Absalom fled to this city after murdering his older brother, Amnon (2 Samuel 13:37-38).

The entrance to the city had a four-chamber gate. Its entrance also had a gate altar (as most pagan cities of that time did – see 2 Kings 23:8). Entering a city required acknowledging and honoring the local deities. The rounded basalt stones were the idols commemorating the gods of the city.

This four-chamber gate is the largest city gate from the Biblical period excavated in Israel and it located at the modern day site of Et Tel (also a possible location for the New Testament city of Bethsaida).